I have been using my Canon lens extender 1.4X and 2X  for many years. Recently I read some articles that indicated that the version III models were superior to version II. So, naturally I thought that version I extenders must be even further “behind”. Accordingly, version III extenders were ordered  and tests proceeded to verify the improvement in image quality and focus repeatability.

Testing began using FoCal’s Aperture Sharpness Test at a target distance of 11.5 feet. I was not able to detect a significant difference in Quality of Focus results for either the 1.4X or 2 X comparisons at any aperture. Next, I ran their Focus Consistency Test twice for each extender. This test first defocuses the lens, than refocuses the lens on the target for a total of 10 trials and then calculates a quality value. The repeatability turned out to be worse than the differences between the versions: 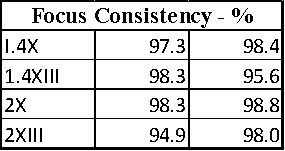 Next I ran some “practical” tests photographing USAF 1951 resolution test targets, one in the center and one near the upper right edge to see if there were any differences between the two multiplier sets. They were all shot at ISO100 at an approximate focus distance of 16’ at a constant aperture of F-11 and 200mm focal length. 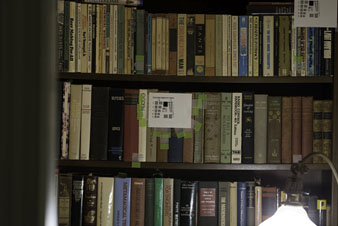 Moral of the story, don’t always believe what you read. Instead, rigorously test new gear before accepting. Remember as well that just because something is “new” doesn’t necessarily make it better.