For a long time now the conventional wisdom to help obtain maximum image sharpness has been to stop the lens down to its optimum aperture, usually two stops from maximum (wide open). However, this is not true in every case. After acquiring the recently released Canon 100-400 mm F4 .5-5.6 II lens, I ran some tests using Reikan FoCal Pro software to optimize the autofocus microadjustment in my Canon 5D III camera. While I was at it, I also ran their sharpness versus Aperture test. Here are some of the results: 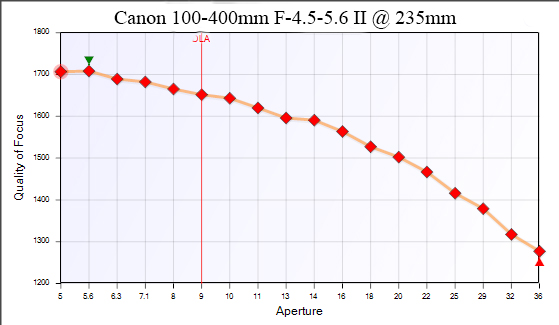 For comparison, I tested the much older Canon 300 mm F-4.0 autofocus lens. As can be seen, it follows the conventional rule. 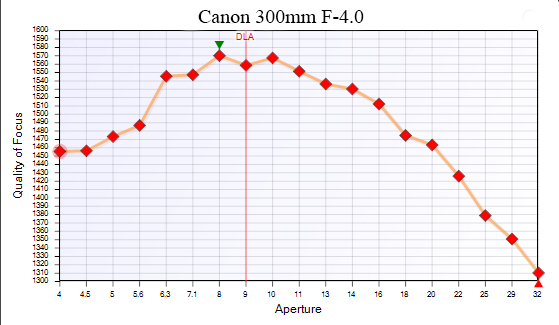 Several things are evident here. 1./some of the newer lenses are much sharper wide open than they used to be. 2./although the focus quality of the Canon 300 mm F-4.0 lens follows the  old rule perfectly, . The jerkiness of the trace suggests that the auto-focus repeat-ability of at least this older lens is not as good as shown by the smoothness of the 100-400 mm curve. It is indeed nice to see progress.